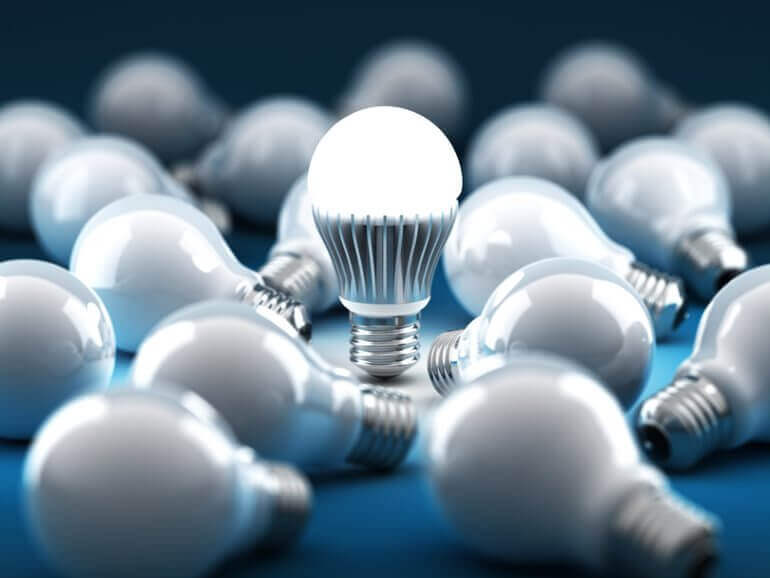 LEDs save energy and last longer, reducing energy and maintenance costs and paying for themselves within a year. LEDs reduce annual lighting costs for a family of four by $500, or for a medium-large U.S. city by $500,000.

Incandescent light bulbs pass an electric current through a metal filament, heating it to the point where it glows. This is inexpensive to produce and provides great usage flexibility (reduce the current to reduce the light), but expensive to operate as so much energy is lost to heat. Fluorescent lamps pass electricity through mercury vapor, emitting ultraviolet light which is then absorbed by phosphor, causing it to glow. Though this uses less energy, it presents the environmental hazard of mercury poisoning for broken and discarded lamps, and is far less flexible in its usability.

LEDs (Light-Emitting Diodes) are semiconductors, using a phenomenon called electroluminescence to produce light. Though LEDs are small, only a tiny amount of energy is needed to produce the effect, so LED lamps combine dozens or hundreds of LEDs in one casing to produce general-use lighting. This process produces the dimming flexibility of incandescent lights with the energy-saving capabilities of fluorescents, but with a longer life and no environmental hazards.

The Basics Of Pendant Lighting